The English Language Fellowship program didn’t just change Mark Dorr’s place in the world; it changed how he saw it

Mark Dorr has been a Fellow and Specialist a number of times throughout Europe, Central America, and the Middle East. As a Fellow in Romania, Dorr was able to bring together the Senate, the House of Deputies, and the Ministry of Foreign Affairs for the first time in history. After this accomplishment, Dorr gained a reputation as a successful diplomat and traveled to Albania to help develop an English language booklet to combat human trafficking.

Later on a new fellowship assignment, Dorr worked as part of the public affairs team in Guatemala City. He set up the embassy’s first post in the Highlands as a space to provide teacher education and teacher support, aid the Fulbright organization, and facilitate student grants. In collaboration with staff from the Fulbright Program and the Peace Corps, Dorr acted as co-coordinator of the first English language conference in the Guatemalan Highlands.

His work in this rural section of the country inspired him to write a book for the indigenous people living there titled Quick and Easy English Teaching For Guatemalan Teachers that was published internationally and distributed widely worldwide.

I always like to try to find ways to have the impact continue, rather than be one of those dog and pony shows who shows up for two weeks or a year and then leave, and nothing happens. Right now I’m helping a private school that’s going through growing pains that I’ve seen happen in developing countries.

Dorr used what he learned in his fellowship to improve his work after returning to the United States. He’s able to draw on experiences that he had as a Fellow to provide perspective for those who have not had the opportunity to work abroad.

The English Language Programs had an exceptionally large impact on me. I might be doing the same work that I’m doing right now, but I would not be doing it the same way. I had such varied, deep, and rich experiences. Teaching itself is an honorable and very important profession, but these kind of positions give you the opportunity to see the big picture. To work with everyone from embassy staff and national leaders to rural and indigenous people, you experience how education happens out in the world. From a classroom to a field to a government office, you see the variations.

The English Language Programs is sponsored by the U.S. Department of State’s Bureau of Educational and Cultural Affairs. 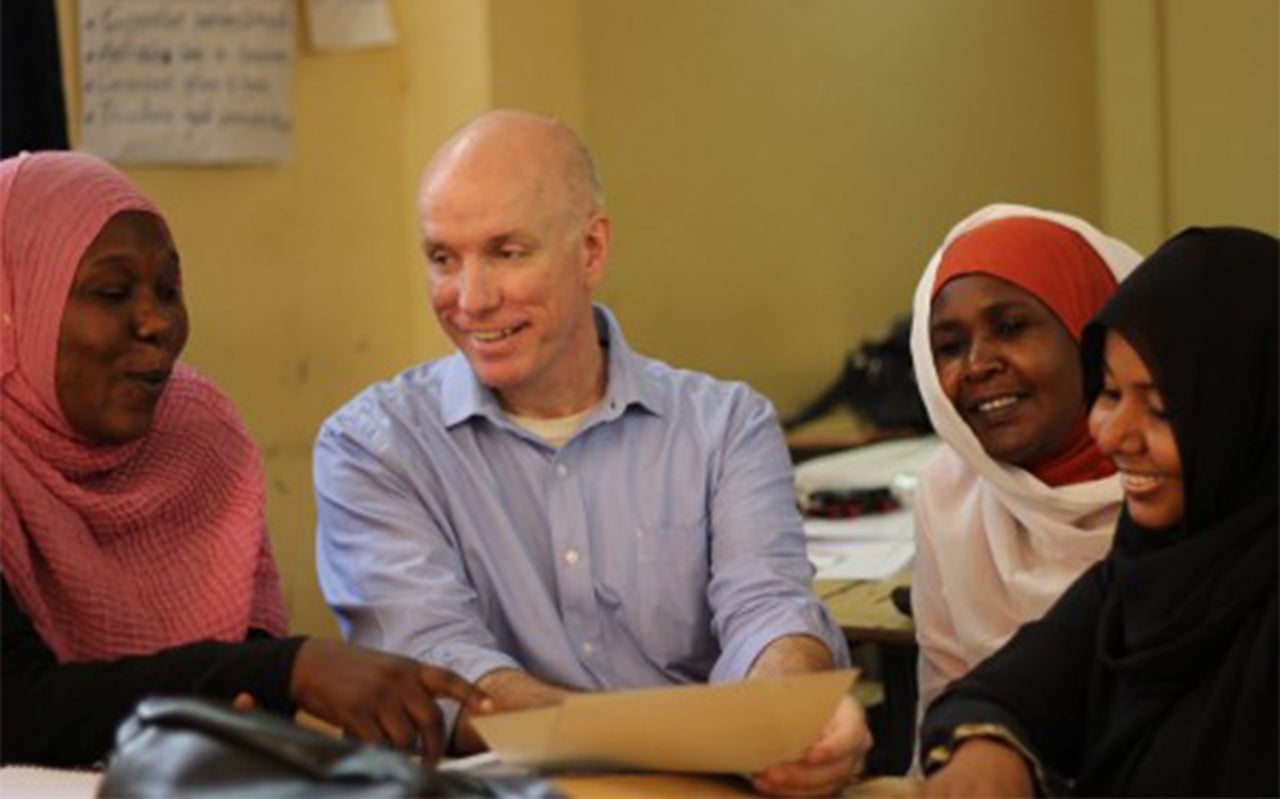 The English Language Programs is a U.S. Department of State public diplomacy initiative that sends highly trained and qualified TESOL professionals to work at academic institutions around the world. Program participants teach English, train teachers, develop academic and cultural programs, and much more.